I'm starting a new feature called "Wonder Wednesday" to look back at the pioneers of astronomy, profile contemporary astronomers, and examine the wonders of the Universe. Let's kick it off by looking back on America's first female professional astronomer: Maria Mitchell.

Her father was the principal of the school she attended, and later built a school where she served as his teaching assistant.

You could even say she was a STEM girl! Her father taught her how to use his personal telescope and, when she was 12 YEARS OLD(!), she helped him calculate the exact time of the annular eclipse.

She grew up and started her own school, where she notably admitted nonwhite students during a time when schools in the area were still racially segregated.

Later she because the first librarian of the Nantucket Atheneum, a library historically known for housing abolitionist meetings.

Using a telescope on October 1, 1847, Mitchell discovered a comet (Comet Mitchell 1847 T1) too faint to be seen with the naked eye. For this, she was awarded a gold medal from King Frederick VI of Denmark, which brought her worldwide fame.

She went on to become the first faculty professor of astronomy at Vassar College, where she and her students took the first known photographs of the Sun.

She used her faculty position not only for science but as a means to discuss politics and women's issues with her students.

Despite her successes, she still fell victim to gender pay inequality and had to fight for a salary increase to match that of her male counterparts.

The Maria Mitchell Science Center and Observatory in Nantucket is named for her.

"Mitchella" (Asteroid #1455), which lies in our Solar System's main asteroid belt, is also named for her, as is a crater on the Earth's Moon (Mitchell Crater).

FYI, I named one of my novel's fiercest characters "Maria" after her as well. Hope you can see why! 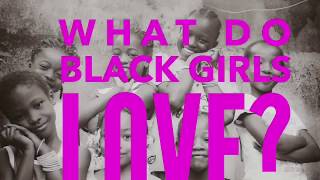